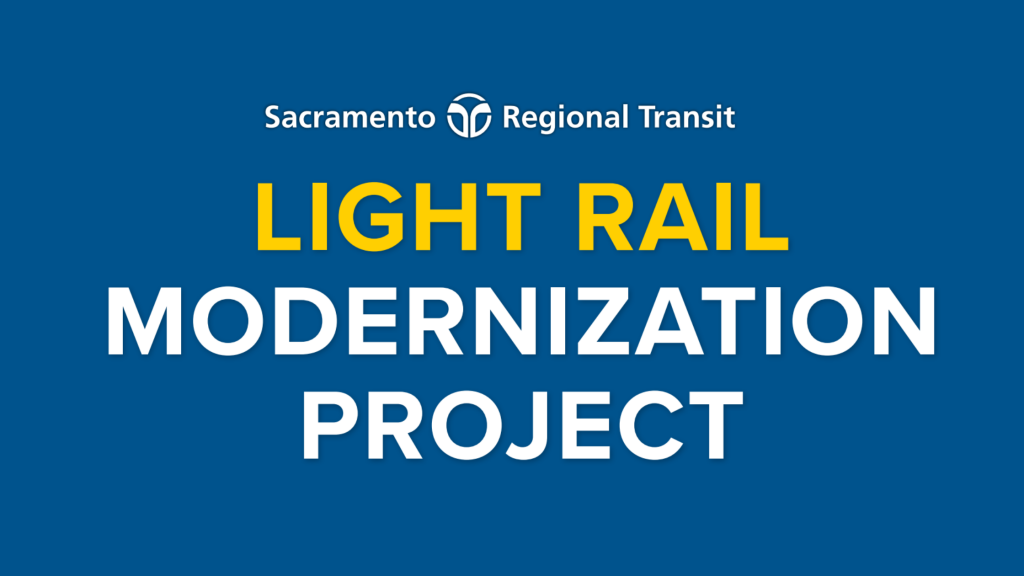 In 1987, SacRT opened an 18.3-mile light rail system that linked northeastern (Interstate 80) and eastern (Highway 50) corridors with downtown Sacramento. The stations were equipped with mini-high platforms to allow ADA accessibility to the front light rail vehicle only.

Currently, SacRT operates on over 43-miles of track and provides service to 53 stations. Many of the original stations and facilities are still in service and both the technology and design need modernization. This modernization to major facilities includes double-tracking, signal upgrades, station remodeling, and power station replacement, which will improve accessibility and reliability.

SacRT is in the process of updating the light rail network with its Light Rail Modernization Project. This project will modernize the light rail system with new low-floor light rail vehicles, updated station platforms and a “passing track” in Folsom.

For more information about the project email: modernization@sacrt.com

December 9, 2019: A public meeting was held to provide members of the public an opportunity to make verbal comments on the Draft IS/MND. The meeting was held during SacRT’s regularly scheduled Board meeting.

April 17, 2019: A public meeting was held at the Folsom Community Center.