Working while we sleep, that is the mantra for SacRT’s Wayside crews. The Track team was recently tested with a big job that needed to be ready for the first train to pass in seven hours, and completed within 12 hours overnight. As the last train passed the worksite on 65th Street in Sacramento at 11:12 p.m., crews were ready to get started replacing the 30-year-old railroad ties to help provide a more stable track to SacRT’s mainline.

A Wayside track crew of 11 began the task of removing the panels, excavating the old rock and removing the old ties. Once the roadbed was prepped, crews started installing the new ties and hardware. To finalize the project, crews reinstalled all the roadway panels and welded them in place. Then the City of Sacramento crew helped pave the areas with asphalt.

The Wayside track crew was able to complete the work just before the first morning train passed at 5;12 a.m. and finalized the job by 10 a.m.

“We do our best to remain invisible to the schedule,” said newly appointed Acting Director of Light Rail Maintenance Michael Cormiae. “There is too much at stake for us to affect the train schedule, it would be a domino effect to our system, so we perform some work when the trains are not running.”

Wayside has 18 lineworkers, 15 rail maintenance employees and four supervisors. Wayside’s main job is to ensure system safety and reliability. Track crews inspect the rails, track switches, track infrastructure, and bridges to stay in compliance with federal and state regulations. All tracks are inspected twice a week by truck and track switches are inspected twice a week by foot. Twice a year crews walk the tracks to inspect every foot of track in the SacRT system.

(Scroll down for more pictures!) 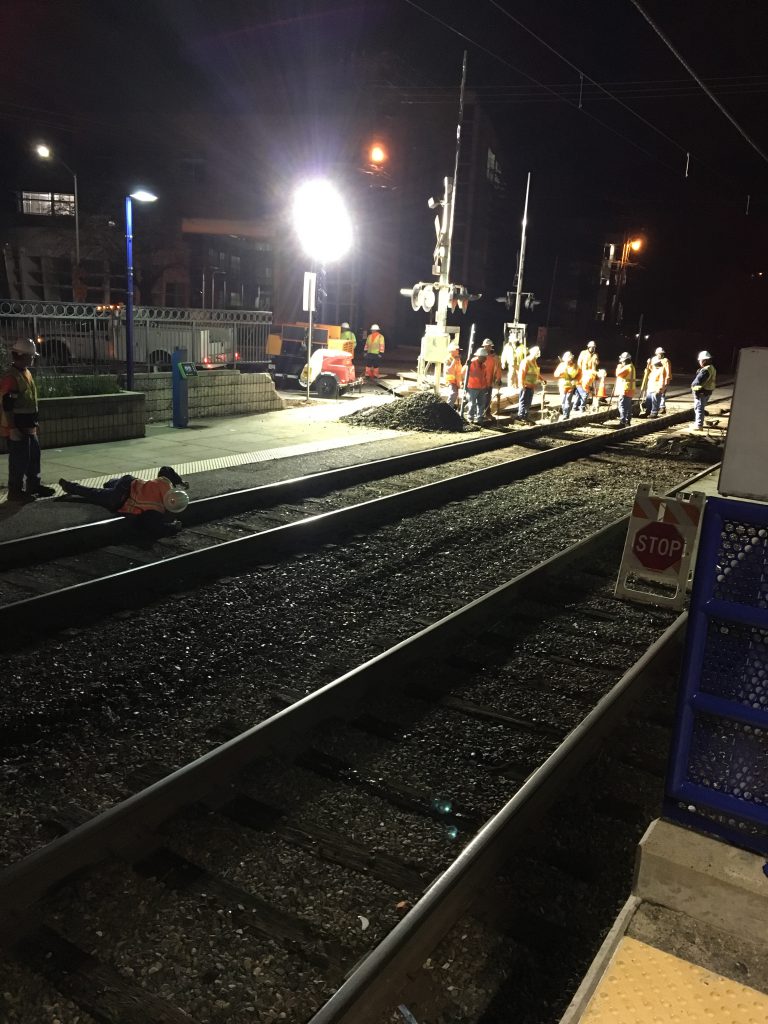