The new low-floor light rail trains will only use three new Siemens (S700) light rail vehicles, since there are several city blocks in downtown Sacramento that are not long enough to accommodate four of the S700 vehicles while meeting ADA requirements for the bridge plate to land 8” above the top of the street. 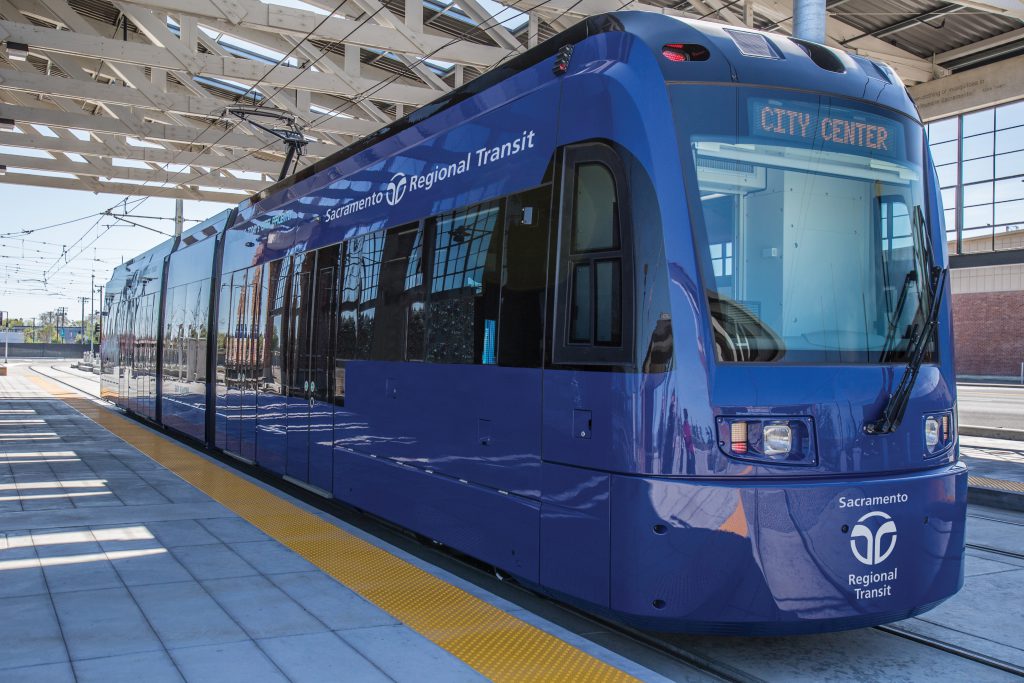 SacRT will start to receive delivery of new low-floor light rail vehicles the last week of January; however, riders won’t see the new low-floor trains in service right away, as each train must first be put through a rigorous testing process.

Once a new low-floor light rail vehicle is delivered from the Siemens Mobility manufacturing plant in south Sacramento, SacRT then begins the testing process.

Here is a look at the steps in the testing process:

Step 1: Static Testing: This part of the testing involves a series of evaluations that check the function of every system on board, for example the computer programming; signal, lighting and electrical connections; communication (station announcements, rider announcements and wayside); and even air conditioning and heat. The static testing is expected to take up to two months to complete.

Step 2: Dynamic Testing: This part of the testing is on the line, where staff tests the braking and propulsion. Different weights will be added to the train car to test braking with different loads, to ensure the train is working properly depending on the number of riders onboard. This testing is expected to take up to two months.

Step 3: Burn-in Testing: This part of the testing involves putting the new low-floor vehicle through 1,000 miles of on the track operation. This gives staff an opportunity to address any issues before the vehicle is placed in service. New trains must run a minimum of 1,000 miles of pre-revenue service without any major failures before getting to meet the public. This testing is expected to take approximately one week. Note, if there is a major failure, the 1,000-mile testing process starts again.

The reason for all of these tests is to make sure the new low-floor light rail vehicles are safe and reliable before passengers get on board.

SacRT is planning to receive in total up to 76 of the new cars at a rate of about two per month over the next few years. Concurrently, SacRT will be reconfiguring many of our light rail stations to accommodate the low-floor vehicles. The station work will begin at the 59th Street station in early February. The new low-floor light rail vehicles won’t be in revenue service for the public to ride until the station modifications have been completed. The entire Gold Line system is expected to be updated for the new cars by summer 2024.