On Monday, March 12, SacRT will debut four light rail vehicles that have been wrapped with art designed by four local artists: Ruby Chacón, Linda Nunes, Kerri Warner and Donine Wellman. Chacón’s art represents intergenerational, under-represented, and gender-balanced people. Nunes’ artwork is a surreal and condensed landscape environment created with impenetrable vegetation, sunny colors, and subtle texture. Warner wanted her art to be colorful, whimsical and relatable to the general population of Sacramento; she depicts groups of dogs gazing at the night sky. Wellman chose bright and cheery colors with a countdown as the train arrives in a whimsical city

The artists will be available at 10 a.m. on Monday, March 12 to share their inspirations during the exhibition at the 7th & Richards/Township 9 Station located at 7th Street and Richards Boulevard in the River District.

Through SMAC, a committee selected the four artists out of 29 candidates based on their diverse designs. Each unique in style, color and design, the artists’ renderings were transferred to vinyl and then applied using a standard fabrication and installation method to attach to the light rail vehicles. Wrapping trains is an efficient and cost-effective way to improve the exterior of older light rail trains, and can last up to seven years. 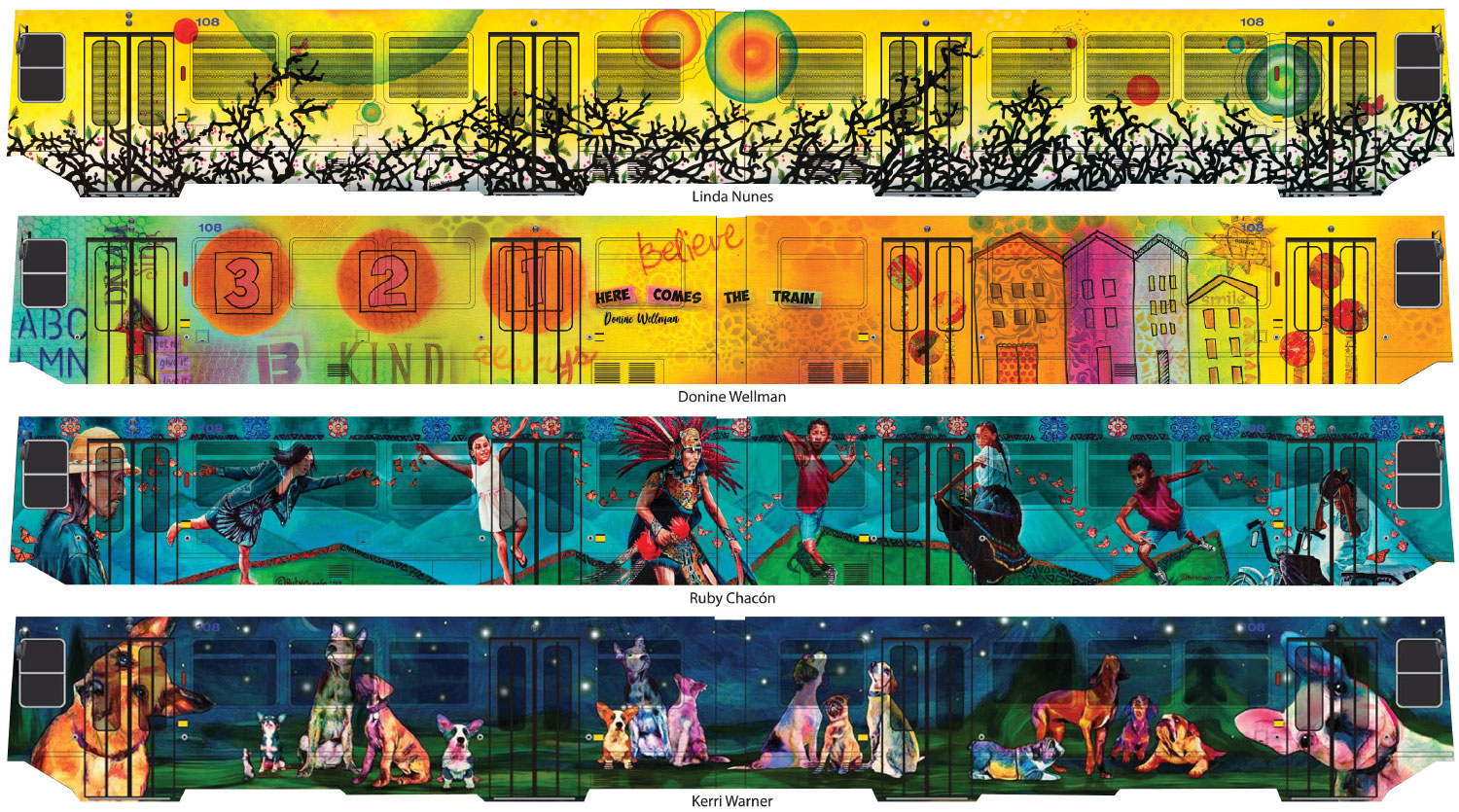