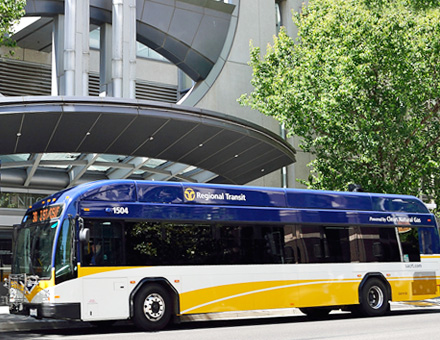 Friday, December 14, 2017 – Re-imagining transit service is a top priority for the Sacramento Regional Transit District (SacRT). The SacRT Board of Directors took a major step toward that goal this week by unanimously voting to award a $400,000 contract to Jarrett Walker + Associates (JWA ) to conduct a Route Optimization Study (ROS).

JWA has an excellent reputation in the transit industry for being innovative in its approach to planning and redesigning transit systems.  Under the guidance of Jarrett Walker, JWA was responsible for successfully re-imagining the Houston Transit System and for leading a Comprehensive Operational Analysis of the public transit network in Indianapolis.  Closer to home, JWA is credited with developing “Next Network” a Transit Ridership Improvement Program that was rolled out for the Santa Clara Valley Transportation Authority (VTA), which operates in the Silicon Valley.

“Walker is a dynamic presenter, known for building Board consensus along with community support for study recommendations,” said SacRT Chair Andy Morin.  “This is an extremely important factor, if this study is to be a useful model to govern redesign efforts.”

The ROS will evaluate SacRT’s existing service conditions, as well as current travel patterns, to determine the type of design changes to recommend.  The goal is to provide frequent service on bus routes that are traveling to destinations where people want to go. New transit trends, such as on-demand bus service using a smartphone app and zero-emission bus deployment, will be evaluated for possible inclusion into SacRT’s service design.

JWA, a Portland, Oregon based company, will rely on AIM Consulting, a Sacramento public relations firm, to manage local community outreach for the ROS.  AIM intends to outreach to passengers and non-transit users alike during two intense cycles that will be defined through a Public Engagement Plan.  Community input will be a major component of the study, and JWA has committed to creating compelling visuals to effectively engage the public.  Virtual workshops and online surveys will be major components of the outreach effort.

“Transit planning requires some tough choices, but we know how to lead conversations that will help stakeholders and officials understand their options fully,” said Jarrett Walker, Principal-in-Charge. “We build the understanding so that when a final plan is adopted, everyone understands the rationale behind the new network.”

JWA will begin work on the ROS in January with SacRT’s team, and  it’s expected to take approximately 12 months to complete. Visit sacrt.com and click on the Route Optimization Study to learn more about the upcoming route redesign.