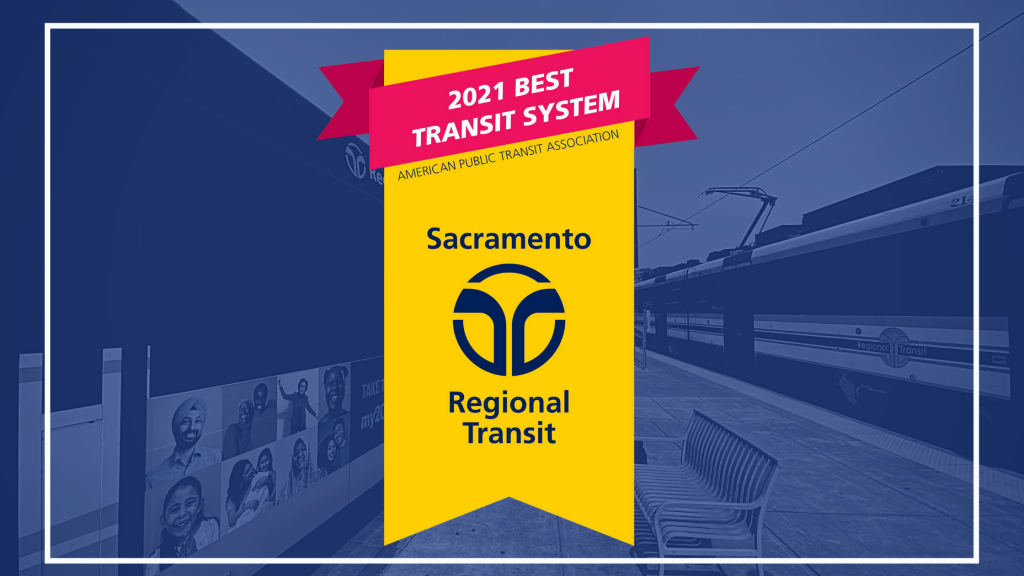 APTA is the leading force in advancing public transportation entities providing bus, rail, subway, ferry and paratransit services throughout North America representing over 1,500 public and private sector members, representing organizations not just in the U.S., but also Canada, Mexico and Puerto Rico. The APTA Awards recognize organizations and leaders in the public transportation industry in North America who have demonstrated significant leadership, are outstanding role models of excellence, and whose accomplishments and innovations have greatly advanced public transportation. To put the honor in perspective, winning the national Outstanding Transportation System of the Year award in the transit industry, is the equivalent of receiving the Oscar for best picture.

SacRT was recognized for a number of initiatives that launched between 2018 and 2020 in 12 different areas, including safety, operations, finance, marketing, customer relations, sustainability, diversity and equity. Many, which took place for the first time in its 48-year history, including:

SacRT would like to thank our over 1,300 employees; board members; partners; advocates and riders for helping us achieve this tremendous accomplishment. Click here to view some statements of support for SacRT.

SacRT will receive the award during APTA’s Transform Conference and Expo in November 2021, which every year is attended by thousands of industry professionals.

For more information on the APTA Awards, visit apta.com.