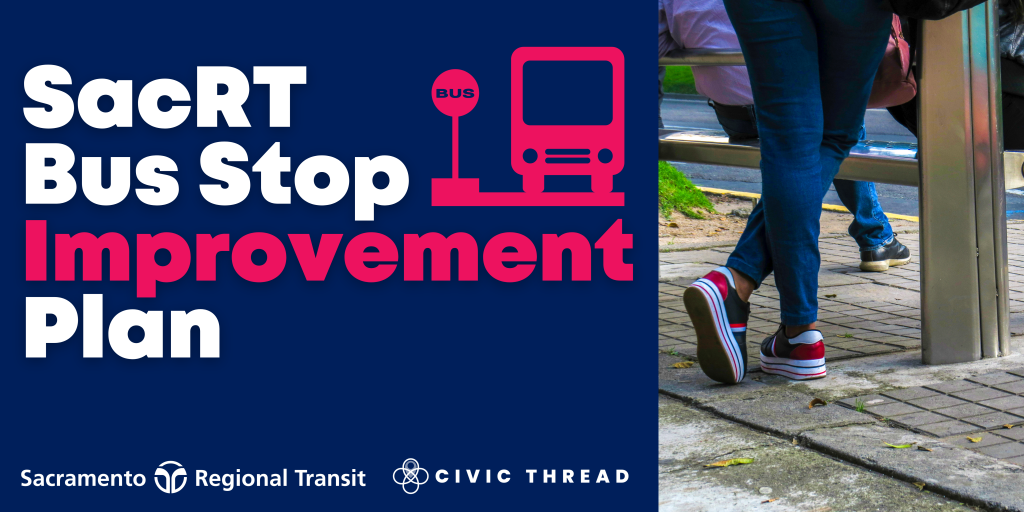 SacRT partnered with Civic Thread, a local non-profit planning and advocacy organization, to host a series of community workshops to better understand the conditions and accessibility of SacRT bus stops around the Sacramento region.

Update 1/20/23:
The draft Bus Stop Improvement Plan and Appendix E have been updated to include plans for several missing corridors and to add a table of contents for Appendix E.  Cost estimates will be included in the final plan. 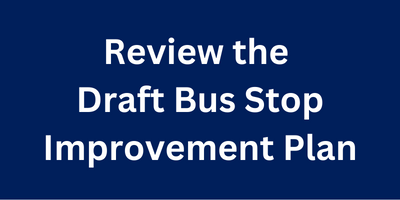 We want to hear from you!

There are two ways to comment on the Draft Bus Stop Improvement Plan:

The Bus Stop Improvement plan will create a comprehensive list of necessary and desired improvements to bus stops, amenities, and supporting pedestrian infrastructure. Civic Thread’s role is to engage the broader community to ensure that transit-dependent, low-income, underserved, and minority community members have a full opportunity to engage in the planning process. Engagement will help guide where funding should be prioritized to improve the SacRT bus stops for all residents. Civic Thread is currently conducting bus stop assessments to identify accessibility and safety issues at bus stops throughout SacRT’s service area.

As part of SacRT Forward, there were several bus route modifications that took place in SacRT’s service area with the goal of serving county residents that had previously been underserved. This resulted in new bus service in corridors that in some cases do not have usable pedestrian access, including some locations that have limited sidewalk access and/or are not ADA accessible.

Want to get involved so you can help inform these community decisions? Check out the links below!

How to Get Involved

Your email address will not be published. Required fields are marked *